Yeah, I know what you're thinking... That headline sounds like something you might read while standing in the checkout line at the supermarket next to photos of aliens from the future rescuing some baby porkers from the path of a Vogon engineered tornado headed for the next trailer park on their list of sites to demolish to make room for a new highway. Well if that's what you're thinking (come on, admit it, you know you were) then you're wrong. Keep reading for some info about another kind of Time Machine, and another kind of Bacon.

Since a number of folks have expressed interest and concern I thought I would give a quick update on my working situation. This week I've started a full-time consulting job with a small software group at the University of Nebraska Medical Center. If you attended PyCon a couple years ago then you may have seen their talk about IntúaCare and IntúaDesign. That is the project that I'll be working with. I'll be working with wxPython a lot, and probably also working on wxWidgets and wxPython to some extent as well, although not as much as I did with OSAF.

I'm excited to be working on this project. Not just because of wxPython, but also because I have previous experience with the subject matter. My first major job out of college was working on software products that had a lot of the same goals as the IntúaSolutions products: essentially to be a highly dynamic and flexible solution for collecting and reporting medical patient care data in hospitals. The key here is the "highly dynamic and flexible" part, the intent is to have a set of domain-specific tools where unskilled (a.k.a non-programmers) but knowledgeable people can easily tailor the application to the needs of each hospital, or even each department within the hospital. My former experience with this was back in the dark days of DOS so the products had only a textual user interface, but I think we managed to accomplish a lot with it and it was a very successful product line, and at least as of a few years ago it was still going strong, although they've modernized a bunch of things since I worked there.

Obviously a few things have changed in the computer world since then. I discovered Python a year or so after I left that job and I've always wondered what it would have been like if we had used Python as the internal macro/calculation/filtering/query language instead of our home-grown RDL (for anyone outside of the marketing group and the customers that acronym stands for Robin Dunn's Language, otherwise it is Rule Definition Language.) Since that time we've also gone through the rise of the graphical user interface, the explosion of the World Wide Web, and my current notebook computer has 7.5 times the number of pixels on screen and 8 times more RAM than the hard drive space in the brand new top of the line desktop computer I had when we started that project! It should be fun to be able to apply modern technology and my new skills to similar features and issues that I dealt with 14-18 years ago.

I've linked to this video as a way to let you know how big of an effort this job search seemed to be at times, and also how good it felt when it was finally complete.

I saw this sentence today on ArsTechnica:

I think that sentence could win an award if there was a most-big-words-used-where-small-words-would-do-fine contest. Good thing that my dictionary is only a Spotlight search away... [type][type][type]... Ah so that's what it means. Yes, I agree. 😉

As they say, all good things must come to an end. However no matter how much you expect the inevitable, it's still a bit of a downer when it does happen.

The Open Source Applications Foundation has been sponsoring my work on wxPython for about 5 years now. I spend about half of my time working on Chandler, supporting the other OSAF engineers with wxPython questions or problems, or in working on specific needs that OSAF has in wxWidgets or wxPython itself. I'm free to spend the other half of my time working on wxWidgets or wxPython in whatever way I want. Typically I use a big chunk of this time supporting the wxPython community, answering questions on the mail lists, tracking down bugs that people report, etc. but I also work on other features or long-term goals for wxPython that may not necessarily line up with some immediate need that Chandler has. It's been a real good deal for everybody involved. I've been able to get paid for working on my favorite hobby, the Chandler project has gotten the support and expertise that they needed, the wxPython community has also had a large block of my time and attention, and wxPython itself has had many improvements and enhancements that I likely would not have had time for otherwise.

This week OSAF announced a restructuring and downsizing of the Chandler team. They want to shift the focus more towards gaining more users and, since it is an Open Source project, the building up of a volunteer developer community. The other goal behind the transition is a desire to stretch out the remaining funding until the project can find a way to become self-sustaining. As you've probably guessed by now, I was not one of the worker bees kept in the hive. I've got a few weeks left on my contract and then I'll be making my own transition to something else. Although I've known this was coming, I didn't expect it until the end of this year, so it's still a bit of a disappointment.

So what does this mean for wxPython? Hopefully nothing, other than some reduction in the time I am able to spend focused on wxPython. It would be great to be able to find someone willing to support my working on wxPython part time like OSAF did, but it's probably pretty unlikely that that particular lightning will strike in the same place twice. On the other hand, I expect that my next gig will be something that at least uses wxPython so there will be some opportunities for some of that work to roll down to wxPython and the community. Of course, on the gripping hand, if you or somebody you know would be interested in sponsoring at least part-time work on wxPython, please do contact me. 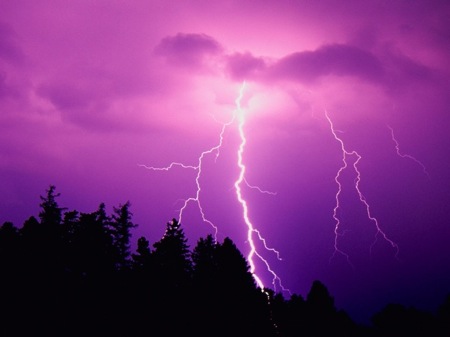 Update: This news was noticed by the New York Times.

I've just released the new 2.8.7.1 build of wxPython. This release has had some bugs fixed, some minor patches applied, and also incorporates the Google Summer of Code 2007 version of XRCed, and adds the Editra source code editor. More details can be found in the changes list. wxPython source and binaries for Windows, Mac OS X and Fedora can be downloaded from the download page. Binaries for Debian and Ubuntu i386 and amd64 architectures are available in the wxWidgets APT repository, see this wiki page for details.

NOTE: On Mac OS X 10.5 (Leopard) the Python 2.5 binaries of wxPython expect to be used with the user-installed version of MacPython, not the Apple installed version. A fix for this issue is being worked on for the next release. In the meantime you can either install MacPython 2.5.1 and adjust your paths so that that Python is used, or you can stick with Apple's Python and the wxPython 2.8.4.0 that comes with Leopard.

Last week on wxPython-users a user wrote about a particular GUI class and said that, "it looks really awful." Trying to get more details from the person about what is so bad about it only resulted in some confusion because he seems to really like the class and listed some nice features when asked, "in what way is it awful?" Well, as you can probably guess, it turns out that English is not his native language and he intended to say that the GUI class in question filled him with awe, or in other words, that it is "really awesome."

This got me to thinking about something that has probably crossed every computer scientist's mind at one time or another: It's too bad that our spoken and written word can't be passed through something like a syntax check, preprocessor, lint, or a compiler. Just think how many problems could be caught before the communications arrived at the listener's auditory or visual interface! If we could communicate person to person using something that is as clean and as structured as a programming language like Python then I think that there would be a lot less confusion in the world. If our spoken word would fail to compile if it is incorrectly spoken, and if it failed to run if the assumptions it was built upon were incorrect, or were not fully specified then when what is spoken does successfully execute then there would be a much higher level of comprehension at the receiving end, and a high level of trust that what was received was exactly what was intended to be said. Using a structured communication mechanism like a programming language would also allow for clear and unambiguous responses or acknowledgments that what was said was received by the listener, and understood.

There would still be bugs of course, since nobody is perfect. But I expect that if you look at the number of times that what you speak or write is misunderstood or misinterpreted, or even just ignored, and compare that to the number of bugs in your software that have made it out to the customers, then I think that for almost all of us there would be a huge difference in those numbers. So what do you think, can Python 4000 be a spoken language?